Tana Toraja, a district lies within the South Sulawesi Province has its unique culture, where death doesn’t always mean saying goodbyes to their loved ones.

Most of the populations of the Torajans are Christian but unlike the traditional somber and sad goodbyes of the Western funerals, the Torajans held funerals in such a very different way. Torajans are well known for their animistic funeral traditions. Such a practice that no one knows when did it happen for the first time, but continues to run until now. For the Torajans, death is their center of life. They believe that when someone dies, the spirits of the deceased still exist. They treat the dead as if they were just sick. They will put the body of the deceased in a room where family members will regularly serve food and even cigarettes.

Children will speak to the deceased asking when does he wake up? Why is he always sleeping? Guest will visit the house and ask how is the deceased doing and family members will replied, “He is still sick”.

To some, the idea of keeping a dead body at home feels very strange and not right, yet for the Torajans, there are no boundaries between the dead and the living, and it is a belief that needs to be done. They believe that if they don’t treat their deceased family members, such bad luck and misfortune will land upon the rest of the family members. That’s why they took great care of the deceased. And this can last for weeks, months and even years until the family members are ready to held a proper funeral ceremony. 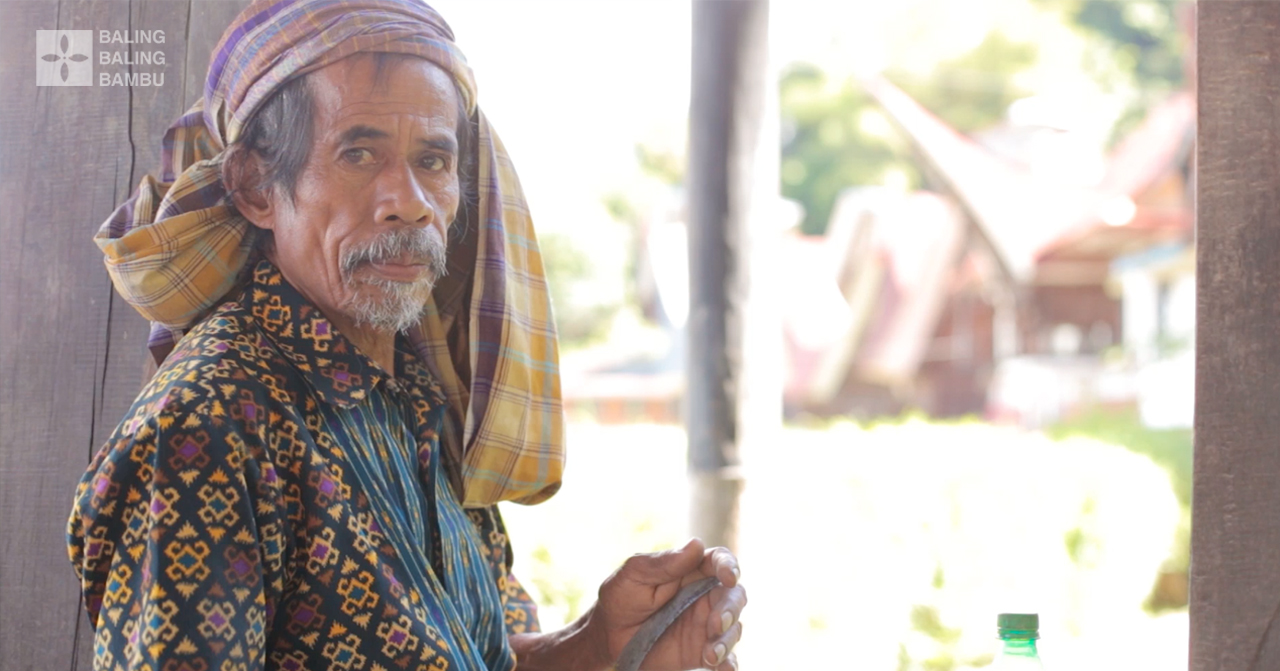 The Torajans spend the rest of their lives working hard to collect money. But unlike most people, they don’t collect money for a wealthy living or a lavish lifestyle, they save all of their money in order to prepare a glorious departure. That explain why some funerals can take months or even years to be held, because the family members needs to prepare all the necessary things to held the funeral and also gather all the family members that are dispersed from all over the world.

For a Torajan, it is a must to attend a family member funeral ceremony, no matter how far they are.

If someone dies, to the Torajan, the soul of the deceased is said to be still exist, but when the family members are already prepared to hold a funeral ceremony, it is believed that during that time, the soul of the deceased will enter the final stage of the afterlife. During the last stage, the spirit will make its last journey to a place called Puya. Buffaloes are being slaughtered as a symbol of transportation for the spirit to make its way to their last destination. More buffaloes being slaughtered means the faster the spirit will reach Puya. Meanwhile, the meat of the buffaloes are being cooked for hundreds and even thousand of guests and family members from all over the place that came to celebrate this ceremony. The rest of the meat are given to family members according to the body parts as a token of respect.

Families and friends will gather in the field, blending in with tourists who came to see this festive ceremony. Some family members will sit inside a Tongkonan along with the elders, having conversation with other family members who haven’t meet for a long time. Funerals like this are often an opportunity for a family reunion in Toraja. Plenty of foods, snacks, coffee and arak (local liquor) are being served to the guest. Grasses turns red in a result of the buffaloes and pigs bloodshed, but far from horror, neighbor, friends and families share their laughs alongside each other. 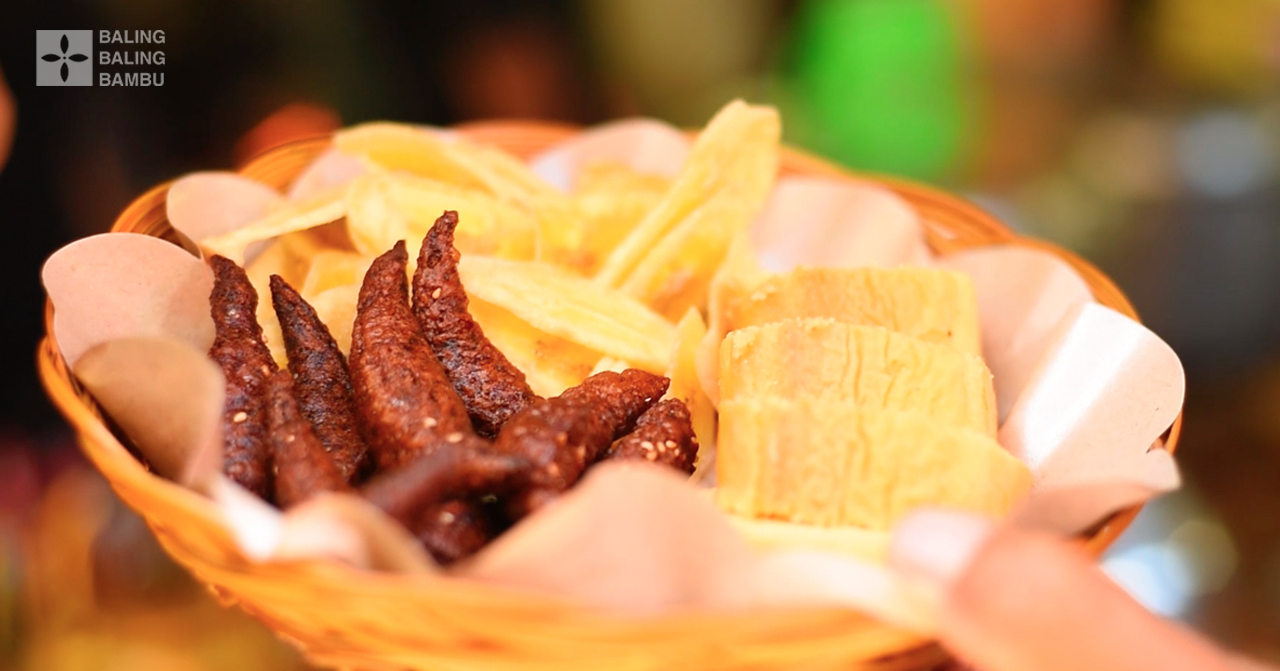 After a series of funeral ceremony takes place, the deceased is ready to be buried. Torajan rarely are buried in the ground. Instead, Torajan buried their family members in tombs or carved holes in mountains and caves. To them, the soil is a container to grow life. This is quite reasonable considering that Toraja is a mountainous area and the soil is not enough for sharing among the living and the dead.

At the cemetery, family members will put cigarettes, money, clothes, and quite often jewelries alongside the deceased. This symbolized items needed by the spirit to rest in their final destination. Alongside the tomb, the family will also buy statues carved out of wood that use real clothes of the deceased. This of course consumes yet again another big amount of money. 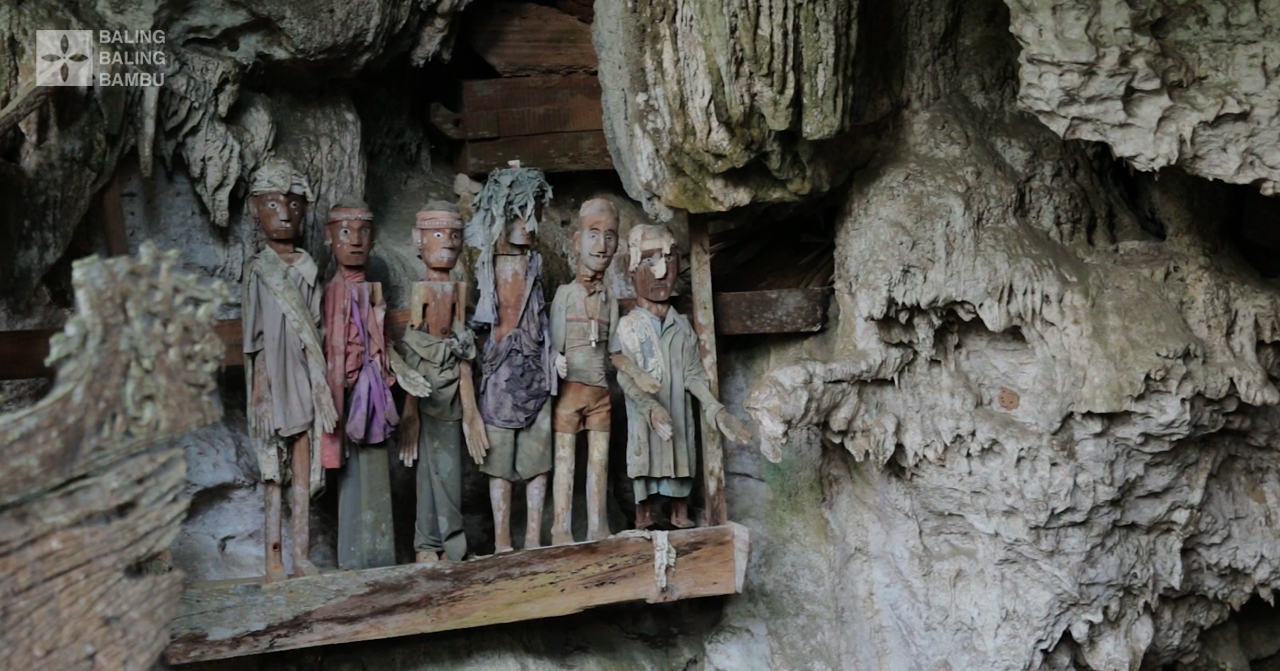 We might think that the Torajans mission on earth is live to die, because we might think that all of those funeral processions are time consuming as well as money consuming. But to be honest, the belief that the Torajans keep faith for more than hundreds of years ago shows a beautiful way of respecting the dead. To think that they put death as the center of their life, staying connected with the spirits of their ancestors and deceased family members and even connecting with long lost families through a reunion from the funeral ceremonies is a unique way of Torajan to cherish and creating a very strong bond of kinship with the real world and also the after life.